MONIUSZKO IN CHURCHES OF WARSAW 2019 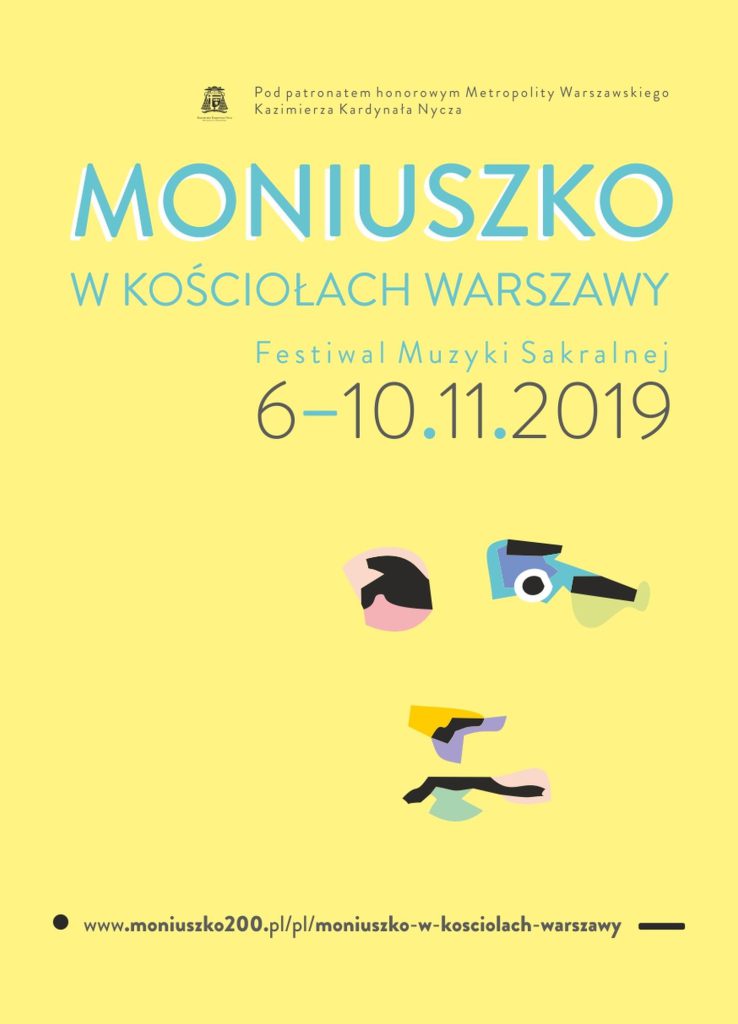 2019 was announced by the Polish parliament and UNESCO as the year of Stanisław Moniuszko. This is another great Polish artist known to be heard, but not fully listened to. His sacred pieces remains completely overshadowed by other works and constitutes the margin of concert presentations, while in my opinion, but also by witnesses to the composer’s life and activity, it is the author’s most complete original statement – arising not from mercantile but internal needs, touching the deepest and most important areas of life. Only four Litanies of the Gate of Dawn enjoy a certain reception and performance tradition, especially in recent times, although Moniuszko’s religious work includes over ninety compositions of various sizes and genres, for a variety of performance apparatus.

There are many reasons for the poor knowledge of this fragment of the composer’s work. The first of these was a negative reevaluation of this oeuvre shortly after the composer’s death, when great symphonic music and neo-romantic style came to the fore in European music. As a result, the performance practice of Moniuszko’s works was and is dominated by later aesthetic tendencies, which is why it does not fully reflect, and sometimes even distorts musical values of the composer’s work, weakening their expression. The work of the Polish artist en bloc are perceived on the one hand as an important element of our national culture with a strong patriotic flavor, and on the other – as not very original, coarse, even parochial, which gives the impression that for artists and audiences looking for aesthetic values, this is not a repertoire interesting enough and artistically significant for performers / organizers. This very often results from the wrong perception perspective – the aesthetic valorization of the work through the prism of the achievements of artists working in later times. Another reason for a detrimental assessment is the simple ignorance of this work, very often resulting from the lack of access to appropriate musical material.

The goal of the “Moniuszko in the churches of Warsaw” Festival is to change this optics. The main program assumptions were based on two artistic premises: first, to present the broadest possible spectrum of Stanisław Moniuszko’s sacred works, with particular emphasis on choral pieces. It was the first such multi-colored presentation of this part of the composer’s legacy as part of a single stylistically and performatively coherent event. Secondly, Moniuszko’s compositions were presented in the most original form possible, taking into account the original acoustic space – i.e. the historic Warsaw churches with which the composer was or could have been associated, the original performance apparatus taking into account the size and type of vocal and instrumental ensembles, as well as period and original instruments and musical text of the composition. In order for such ambitious plans to gain sufficient interest, high-class singing ensembles were engaged, as well as instrumental ensembles with instruments from the composer’s era and specializing in historically informed performance. In many cases, it was this fundamentally new approach that allowed us to get closer to the prototype and verify some of the auditory and aesthetic habits concerning his work. Five monographic concerts gave the opportunity to enter, at least for a moment, the world of inner thoughts and experiences of this remarkable artist.